Mod Froglins – will add a new mob to the game, this is Froglin and he lives in the swamps. This is an aggressive mob that hides underwater and comes to the surface to hunt peaceful mobs, he can attack the player, but if he has little health left, he will try to run away.

If you kill a frog link, he will drop his eye from which you can make a potion that removes negative effects such as nausea, poisoning, hunger, blindness. A froglin egg can also fall out, it can be “planted” underwater and after a while, at night, a froglin will hatch from it. 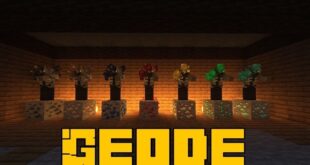 RuLauncher  – a launcher for Minecraft games created by our team, is a high-quality free …